In October 2014, Mt. Hood National Forest officially launched its Travel Analysis Process (TAP), a nationwide project of the U.S. Forest Service to analyze the road networks in each of our public forests. The purpose of TAP is to determine what roads are needed for access in our forests and which roads can be removed.

In December of the following year, the agency released produced the Travel Analysis Report (TAR).  This report describes the existing the road system and identifies opportunities to achieve a “more sustainable system of roads,” as defined by the Forest Service. This travel analysis report is part of nationwide requirement involving national forests across the country, but questions remain about how strictly the recommendations in this report will be followed.

The report is not a decision document—instead, it provides a non-binding analysis of where the existing road system is today. The report states:

Currently there are approximately 3,000 miles of roads in the forest. The majority of these road miles (54%) on the forest consist of high clearance roads that have always been “principally intended for managing forest resources and removing timber for lumber.”

The TAR explores two main future scenarios: In the first, the overall road system (open and closed) would be 153 miles smaller than existing. These are the roads that were identified in the Travel Analysis Report as being “not likely needed for future use.” This scenario would result in the maintenance budget being about $400M less annually, falling short of its economic goal. The second alternate scenario would increase the existing number of roads maintained for passenger car use on the forest, but close additional roads not currently suitable for these vehicles, totaling about 200 miles. This second scenario could meet the agency’s economic goal and reduce the annual budget by about $600M at culmination, but according to the Forest Service, would likely “not be in balance with access needs for recreation and the general public, traditional uses, vegetation management, fire suppression, special use permits, cooperators, and special forest products”.

To conclude, the Forest Service claims that “(g)iven the current trend in reduced funding for road maintenance work, and the enormous gap between current funding and need, it does not appear possible to identify a future road system where the entire cost of annual maintenance work necessary to fully maintain the roads to standard would be in balance with available funding.” If this seems stark, one must also consider the fact that the TAR discounts and delays any hard look at the impacts of climate change on the forest along with its current road system. The report reads, “It should be entered into consideration that, while the qualitative nature of this climate change discussion may lack specificity, the utility of this TAP by the end of the next decade will likely have waned, and another analysis of the road system will be mandated to take its place.  By then climate shifts may become more certain relative to access needs and risks of roads to natural resources.” 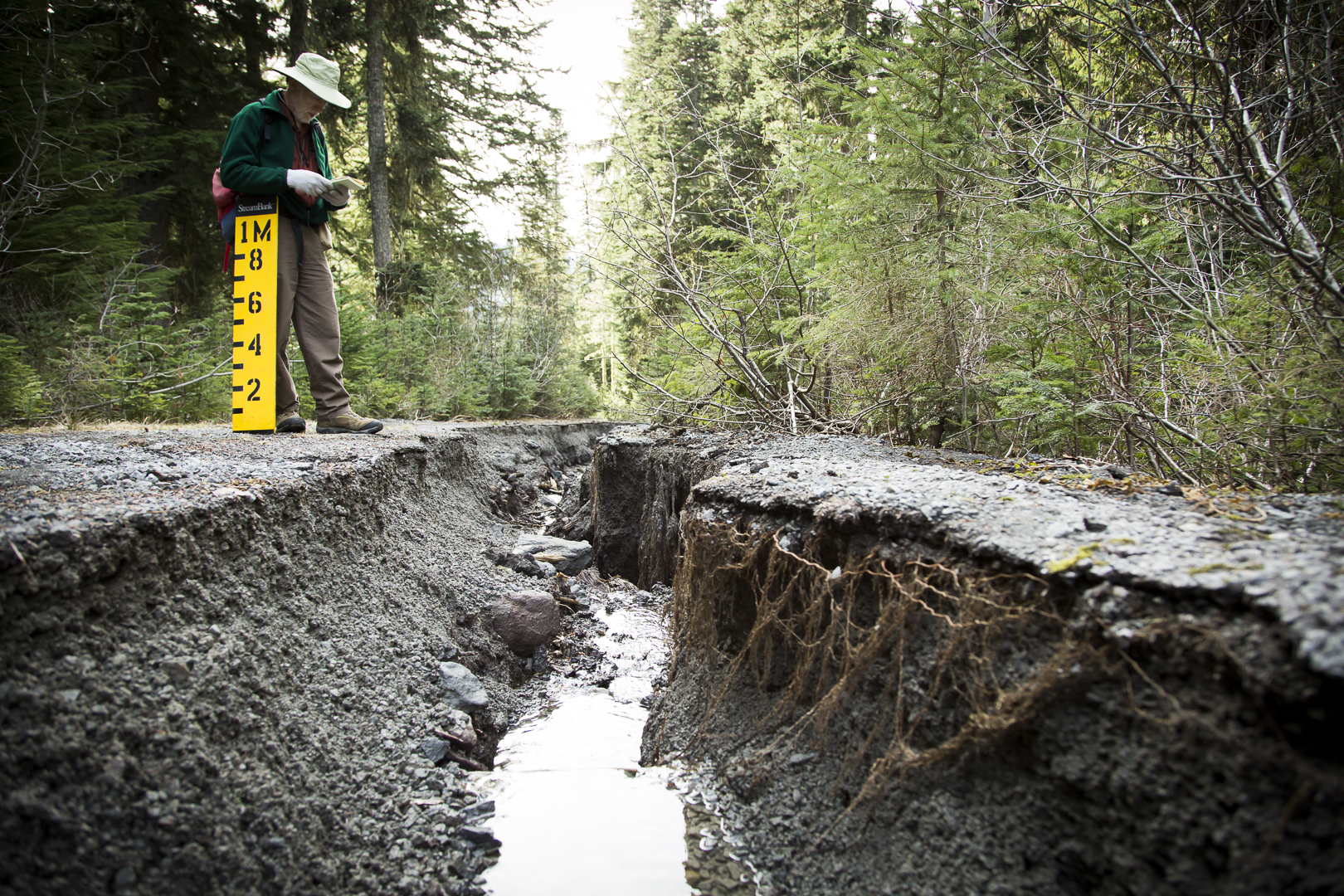