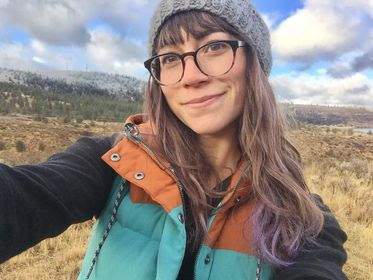 As of today, three quarters of Oregon is in moderate to exceptional drought. This makes the third year in a row where large parts of the state are experiencing a water deficit. By now, more land and water managers than ever recognize that protecting beaver benefits communities because of the water-rich habitat they create and maintain as natural ecosystem engineers.

For beaver to successfully buffer communities against drought & wildfire, they must be able to safely build their dams while expanding their numbers across the state. Remind the Oregon Fish and Wildlife Commission to protect beaver!

Whether you live in an urban or rural area, restoring beaver’s role on federally managed, so-called public lands benefits us all. As a keystone species, reinstating beaver’s original place in MHNF Mt. Hood National Forest directly benefits flora, fauna, and human alike via the water-rich, carbon-storing habitat they create and maintain. Beaver ponds expand riparian (river & stream) vegetation by directly increasing the water available for wetland plants and the animal and fish species who depend on their presence. During times of drought, the expanded habitat temporarily stores water which continues to feed streams. During times of fire, these zones of lush green vegetation and standing water serve as safety zones for wildlife and livestock and as habitat in sensitized post-fire landscapes.

Oregon’s current Furbearer Trapping and Hunting Regulations on Oregon’s federally-managed, so-called public lands removed most beaver. Right now, these regulations are open for revision for the first time since 2020. Let’s remind decisionmakers of what beaver can and must do, the protections they need, and that all tools must be available when tackling the climate crisis. Comments are due June 16th.