Most visitors will not realize that there are thousands of miles of dirt and gravel roads crisscrossing Mt. Hood National Forest. Most of this mileage is not accessible by a typical passenger vehicle because it was designed and built for the transportation of heavy, logging equipment.

Over the past several decades, improvements in environmental regulations have closed many of these logging roads. However, as weather and time deteriorate the existing roads, the surrounding watersheds and ecosystems are also degraded by soil erosion and runoff, illegal trash dumping, and the introduction of non-native species. Bark works to ensure the Forest Service prioritizes decommissioning out-of-use roads. Decommissioning is a restoration project that involves digging up the road surface and de-compacting soils, followed by replanting native species that will thrive in an old road path with an open canopy and finally blocking the road’s old entrance to vehicles with gates or boulders. In some cases, a decommissioned road can become part of a hiking or mountain biking trail. Removing these roads immediately reduces the sedimentation channeled into streams while also discouraging illegal and destructive human activities.

When water flows down old roads, it gathers sediment along the way which is carried into streams and rivers and quickly makes its way downstream. Mt. Hood’s water-rich landscape provides drinking water to one of every four Oregonians, as well as habitat for five endangered species of salmon. Countless other common species thrive in the temperate rainforest and dry conifer forest habitats that depend on access to clean water. Forest roads can cause up to 130 times the amount of sediment runoff compared to the absorbent nature of the forest floor.

In addition to degrading water quality in aquatic habitat and drinking water sources, roads fragment the habitat of deer, elk, and other wildlife. Additionally, roads increase the frequency of seeds from outside the forest, traveling on tires and on people, to be sown deep in the forest where native species are often stressed or sometimes already overrun by the rapid spread of non-native plants.

The types of roads that need decommissioning are not suitable for public access. The rough condition of these roads can disable a typical passenger vehicle and often lead to areas of the forest that are less accessible to emergency vehicles. Remote roads are also convenient to those looking for a place to illegally dump trash or stage other dangerous or destructive activities.

People may worry that “road closures” will make it hard to get to their favorite spots. However, the Forest Service’s road maintenance budget is not intended to maintain remote and out-of-service roads. The priority for publicly-funded agency maintenance should be focused on keeping the roads which are most used by the public in safe and good condition. By decommissioning unneeded roads, the road maintenance budget can be focused to greater effect upon roads used most by forest visitors. Recreation generates five times as much local revenue as the timber industry.

Bark has worked with the Forest Service for years to help evaluate and eliminate unneeded and harmful roads from Mt. Hood National Forest. In 2007, Bark helped secure congressional funding for the Legacy Roads and Trails program which provided money to initiate decommissioning efforts throughout Mt. Hood. However, there is still much work to be done. In 1999, a Forest Service report concluded that nearly half of the roads in Mt. Hood National Forest are no longer necessary, yet the agency has been slow to decommission these unneeded roads. Bark is committed to seeking outside funding and helping initiate this crucial restoration in the years to come. In 2015, Bark coordinated a PGE grant to restore an old road near Lost Creek. 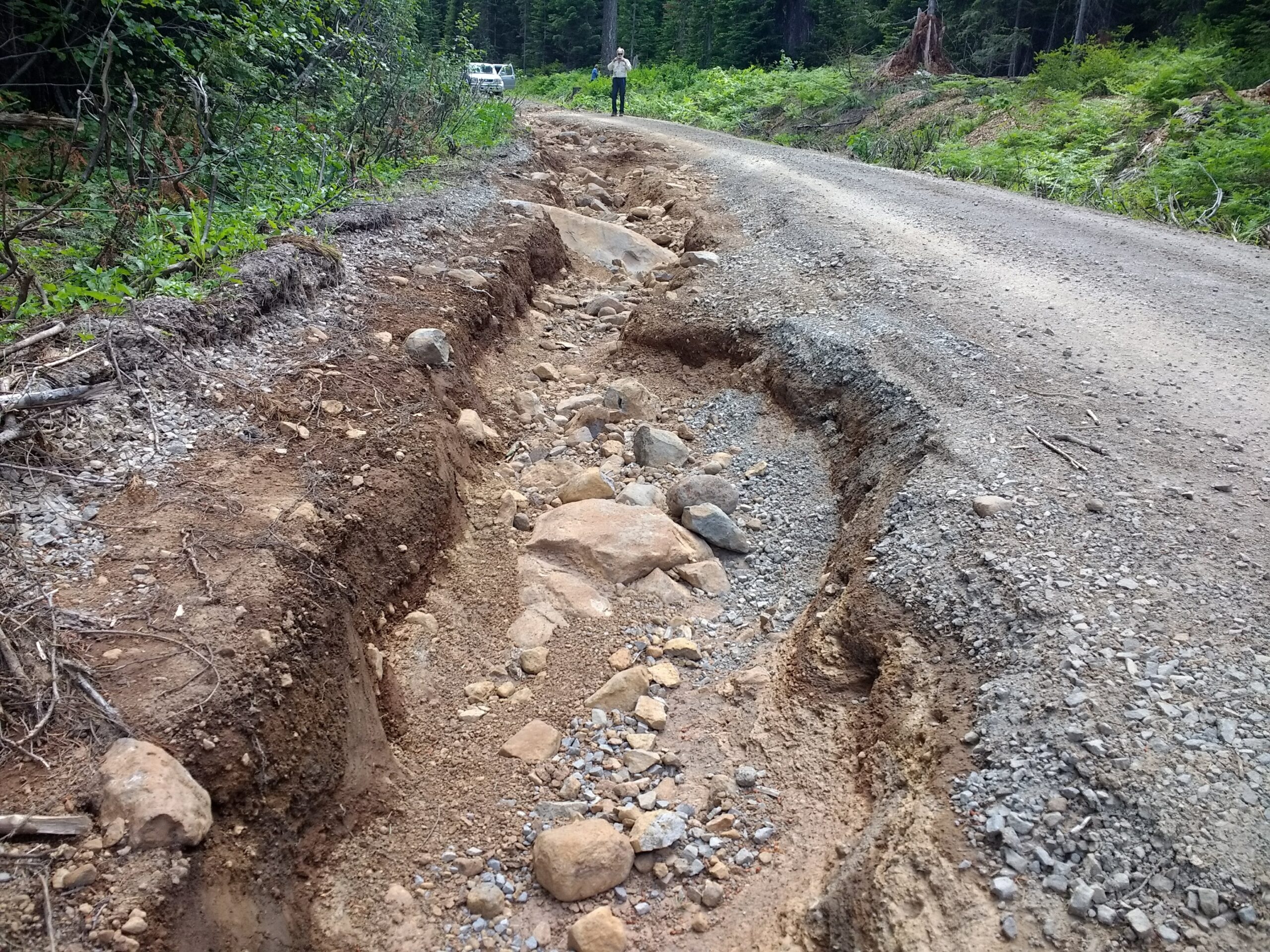 See how TAP is going

TAP is to determine what roads are needed for access in our forests and which roads can be removed.